Chord Electronics, self described as a world-leading digital audio expert, have released the TToby, a companion desktop stereo amplifier for the Hugo TT DAC.

In a somewhat low-key affair compared to previous launches from Chord, Munich's HighEnd Show was chosen as the platform following teaser press releases in the weeks prior.

For a company that traditionally manufactures high-end 2 channel electronics, Chord has managed to reinvent themselves and have proven they're in touch with the customers of tomorrow, and the products they will need to enjoy high-quality sound. First there was the Hugo, a portable headphone amplifier and DAC, followed by a less portable desktop version, Hugo TT, and finally the MOJO which miniaturised their DAC and amplifier technology to fit in your pocket.

StereoNET caught up with Chord's founder and mainstay, John Franks while in Munich. During a casual chat over lunch, Franks offered some great insight into the future direction of Chord Electronics. He shared his vision of how the idea to take an already successful high-end HiFi company and release a new category of products that opens up a whole new market for the brand, aimed squarely at the younger demographic, came about.

It's clear Franks has his finger on the pulse. He's recognised that how we listen to music today is changing, and thinking back on the long-haul flight from Melbourne > Dubai > Munich, he's not wrong. Much higher quality headphones could be spotted perched upon the heads of travellers, compared to the 'buds of yesterday. There seems little point investing in better headphones however if your source is below standard.

There's also a multitude of reasons why the traditional black box, multi-component rack with floorstanding speakers approach is on the downturn. The lack of space in today's living spaces, the way in which computers are now part of our daily lives from streaming content to communicating with friends and family, it's very much all interlinked now. 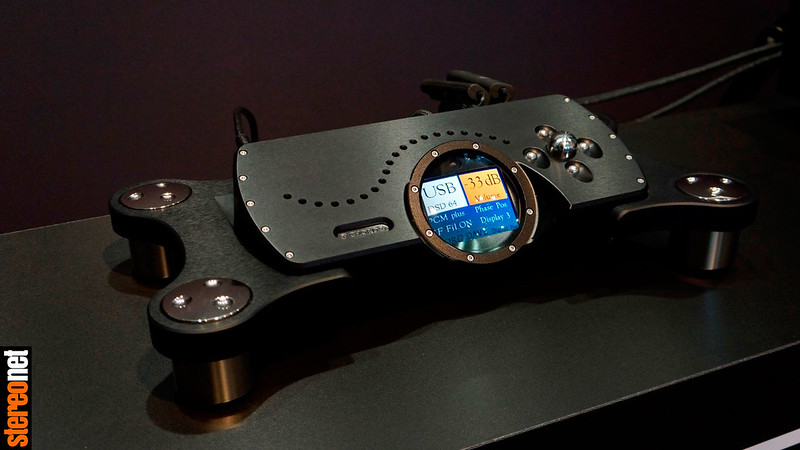 Chord's current product range could ultimately be split into two categories today, at least in my opinion. The most obvious term for Chord's flagship and majority of the range could be Audiophile, while the new range of portable and desktop audio products would be considered 'Next Generation'. The latest release, TToby, is most certainly next-gen and intended as a companion to Hugo TT. It's a 2 channel, 130w (4 ohms) amplifier, destined for use on the desktop.

Taking advantage of Hugo TT's digital preamplifier functionality, a very simple yet high performance music system can be created in combination. It features Chord's proprietary high frequency switch-mode power supplies, comes in the same form-factor as the Hugo TT and features both balanced (XLR) and unbalanced (RCA) inputs. Of course, the amplifier itself Franks says is very capable, and can also be used with any pre-amplifier and will drive virtually any loudspeakers.

Specifications of TToby have not been forthcoming as yet, and the launch in Munich saw it on static display. It is slated for release in Australia in August and will sell locally for $6,500 RRP.

Chord Electronics is distributed in Australia by Radiance Audio Visual.